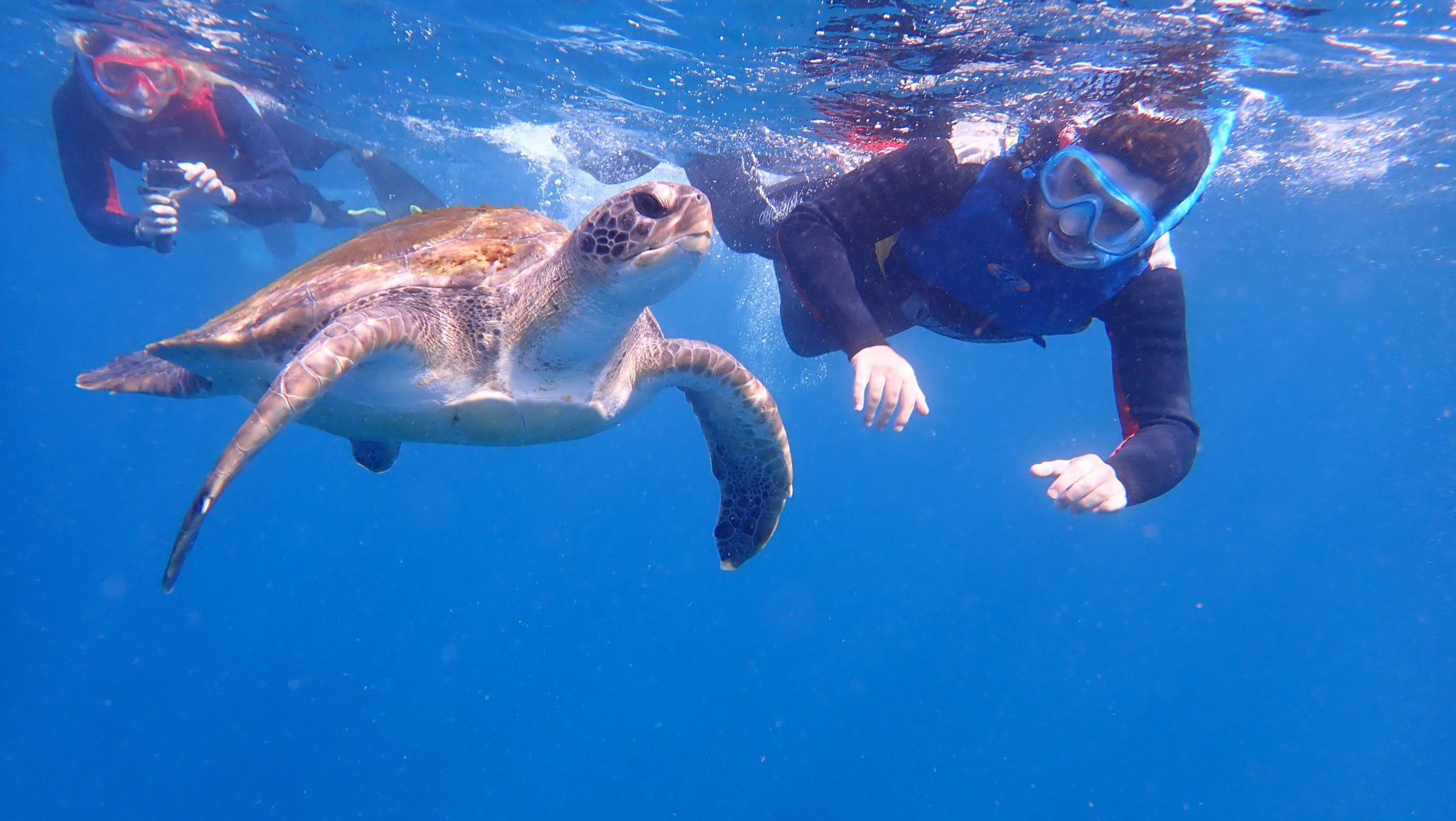 A few months ago we were soaking up the sun in Tenerife when we stumbled across some nice activities available around the Los Cristianos area. Los Cristianos is a great place to visit if you want to eat, do some shopping or just relax in the sun. Walking along the boulevard really gives you that summer holiday vibe.

After we had some coffee and breakfast we decided we would try something new. A kayak tour to go snorkeling with turtles in Los Cristianos sounded like the perfect fit as we were very curious about what was waiting for us. We had a warm welcome by the owners Diana and Paul and a few people of our group were already busy squeezing into their wetsuits. We received our own wetsuits and Nikola was waiting for us outside to join her on this amazing tour.

We came together at the beach and after a brief explanation, we went one by one into the water. We were the first couple getting into the water and because we already did a kayak tour with dolphins earlier in the week we felt like pro’s jumping onto the kayak and paddling away. Nikola told us we were going to a bay where the possibility to find a lot of turtles swimming in the water was extremely high.

After a small workout paddling to the bay, Nikola asked us all to come together so she could tie a rope to the kayaks. In the meanwhile, we got our snorkeling gear ready and once she was ready we all dropped into the water. It was quite refreshing to be in the water after all the paddling and with the wetsuit, you don’t feel a thing! We were in Tenerife in the winter, so I can imagine it’s even possible to do snorkeling with turtles in Los Cristianos without a wetsuit in summer.

Once we were all in the water it didn’t take long for someone to spot a turtle or two. It’s actually quite funny because when you see them you really want to scream out to the whole group but obviously underwater it’s a bit difficult! We were given a GoPro by Paul, and lucky to capture these fantastic moments as you can see in the video I made for you! I know the perspective underwater is different but they really do come up so close you actually have to get out of the way!

Nikola told us to respect them and to never touch the animals because that could cause some unnecessary stress. For me, that’s common-sense but apparently not for everyone, as you can see damage on their shells on some of the photos. Paul told us that’s because of jet skis racing over the water. It made me sad thinking that humans were causing harm to these gracious creatures. I think it’s important to be aware of the flora and fauna and respect it when you are doing activities in the sea.

I think everyone enjoyed being so close and actually swimming with the turtles and if you are lucky enough you might catch a glance of some rays gliding elegantly at the bottom of the sea. We had more than enough time to enjoy the turtles and just floating around enjoying the water.

Nikola then instructed us to slowly get back on to our kayaks and offered us help as it’s not as easy as it looks. We all then very happily paddled back to the beach while soaking up some more sun. On our way back you could sense a feeling of accomplishment and everyone was very impressed and talking about what they saw.

I think snorkeling with turtles in Los Cristianos is something that can’t be missed during your stay at Tenerife. I hope the photos and videos will persuade you enough to try out this tour yourself!

Thanks a lot, Nikola, Paul and Diana for this amazing experience. The next time I will be in Tenerife I will certainly pay you guys a visit ☺ 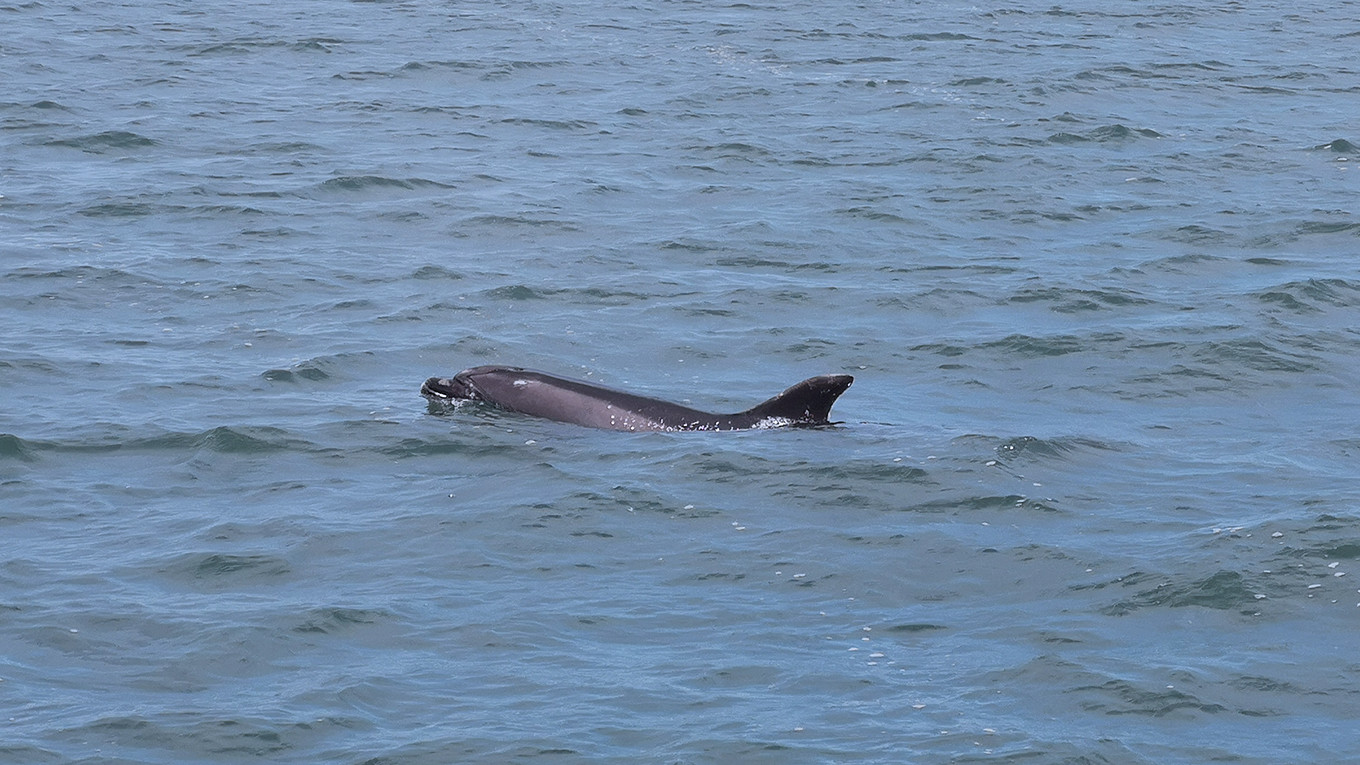 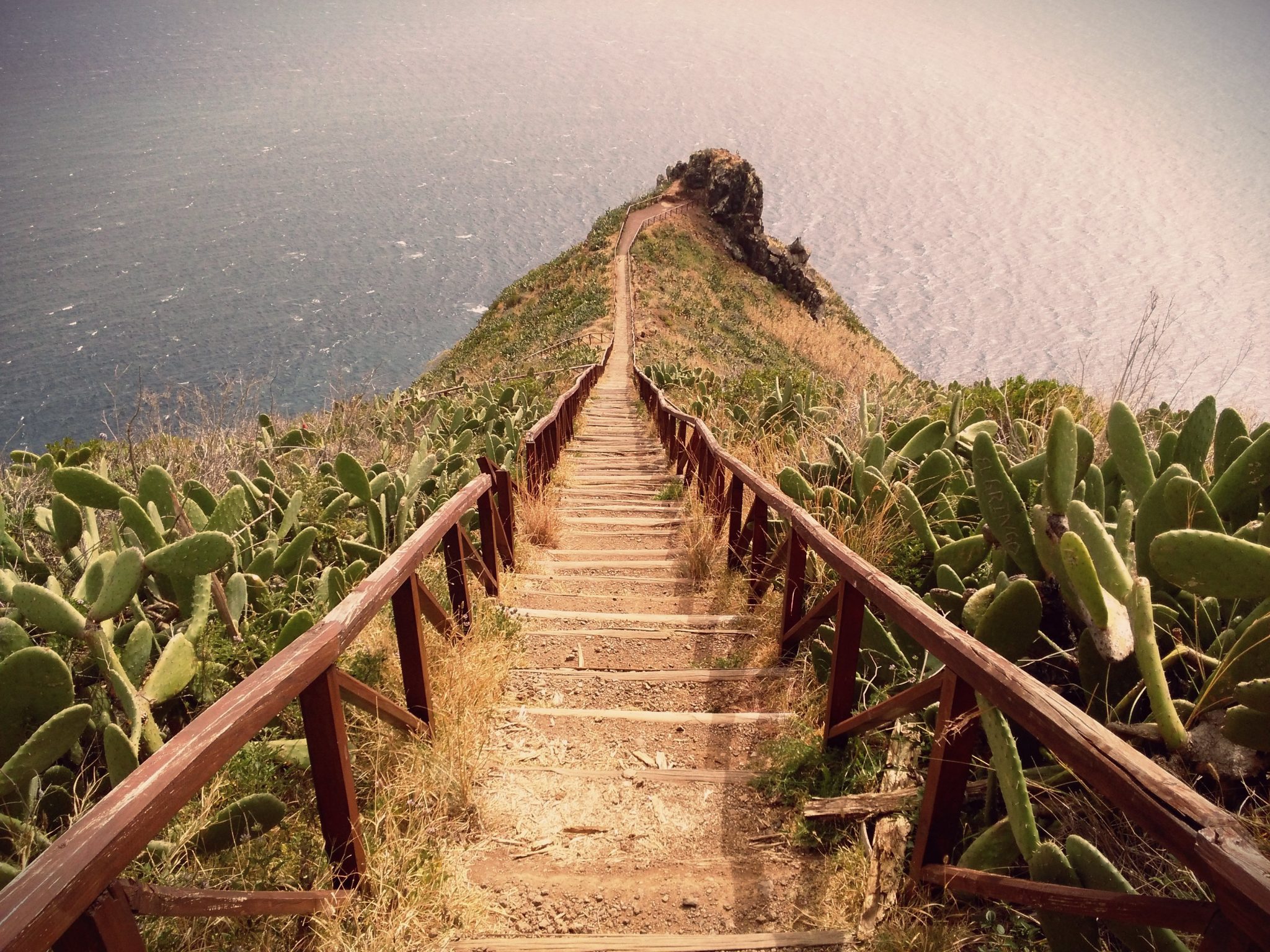 9 reasons to visit Madeira during the Fall / Winter 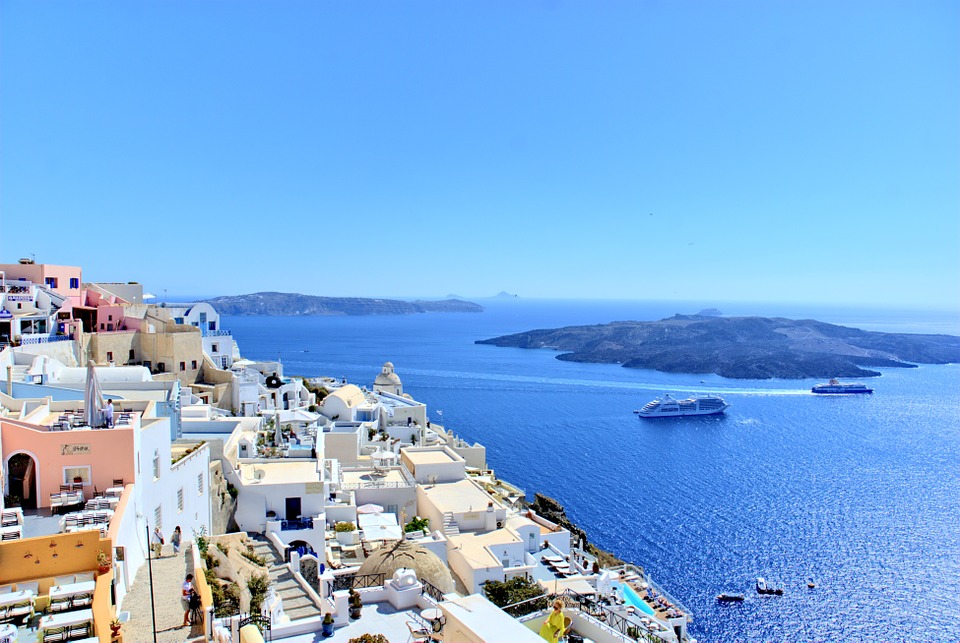 Watersports Activities you can Enjoy with Your Family in Santorini