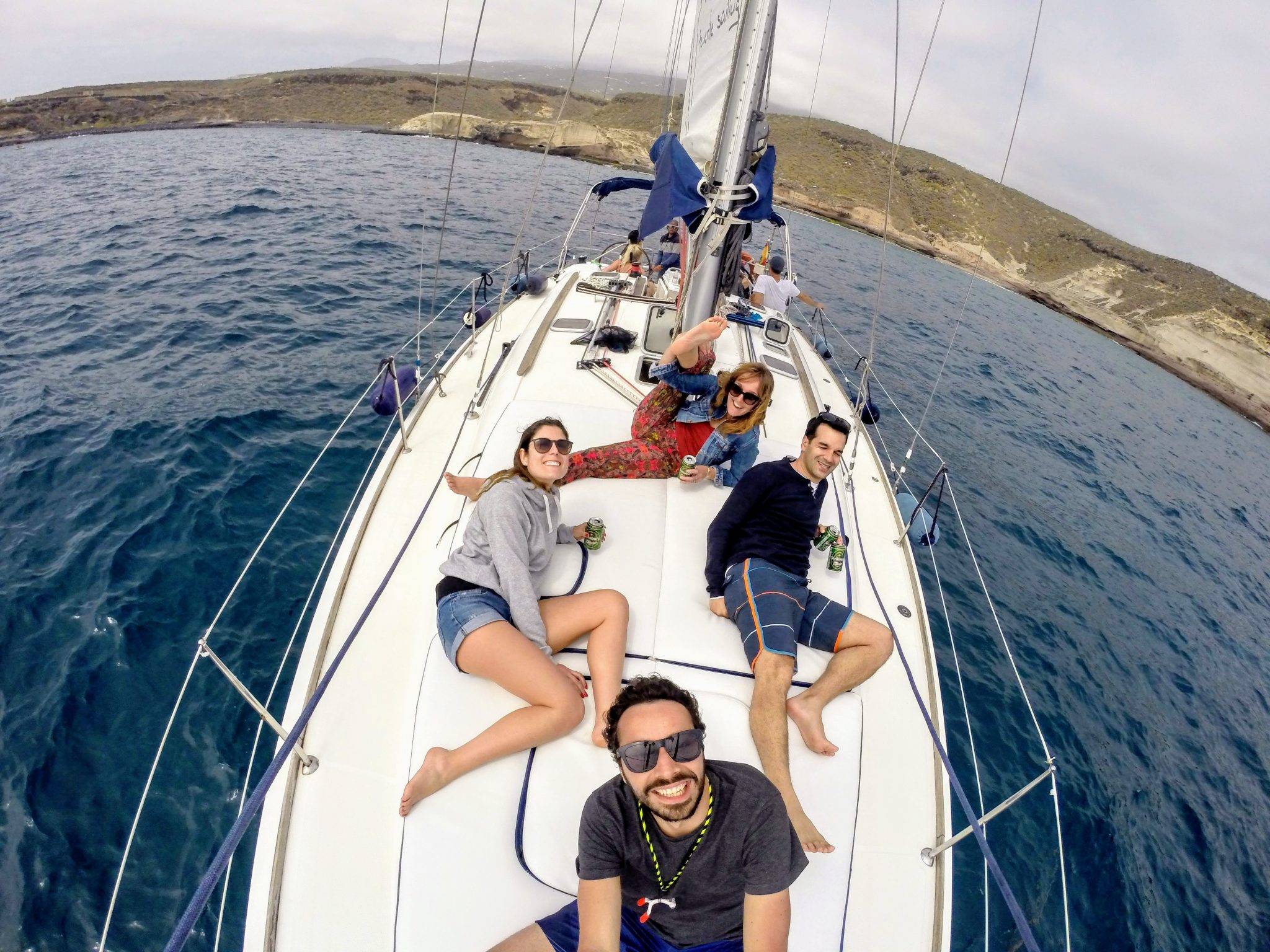 We went with part of our team on holidays in Tenerife to get to know this island where we now also provide some great sea tours. Sailing in Tenerife was on the top of our list of things to do in Tenerife.

We booked an excursion sailing in Tenerife with departure from Puerto Colón, near Los Cristianos, in the South part of the island. This sailing tour promised to take us to discover some dolphins and whales in their natural habitat. We were really excited to try this experience.

The funny part was, that one of our friends, Philip, from Portimão, who’s also a partner of SeaBookings, recommend us to work with this tour operator in Puerto Colón. And even funnier was that I, Bo, had already met the skipper of this boat, in Portugal, on Philip’s wedding last year! So, it was very cool to meet Federico again, this time on his lovely boat in Tenerife. The boat is a Jeanneau Sun Odyssey 42i or the Beneteau Oceanis Clipper 42 with capacities up to 11 people each.

Our experience sailing in Tenerife

We arrived a bit late to Perto Colón as there was a traffic jam on the highway down South due to an accident. Luckily, we easily found a place to park the car in the harbor of Colón and immediately found the tour operator. After a warm welcome, we walked to the boat where Federico was already waiting for us with 6 more people on board. Federico gave us a brief safety explanation and explained what we could expect to do and see during the tour.

We did this tour in April and the weather was not ideal. While the temperature was OK (but a little too cold to swim), there was almost no wind. Luckily, as we sailed further out, using the motors, we soon found some wind and enjoyed the feeling of sailing. Damn, I love this feeling so much! No engine, no noise, just the power of nature!

While enjoying the sailing, Federico was continuously chatting with us and the other participants. He was enthusiastically sharing all his knowledge about the island and the local biodiversity. And in the meantime, he was always checking how we were feeling and if we wanted to drink something. After a water, we accepted a cold beer, for the ultimate summer feeling!

About the local wildlife, we were lucky to see some common dolphins and even a fin whale. I was really impressed about the whale as I had never seen such a big and mystical creature. Unfortunately, it was quite shy and did not come close to the boat. But by the size of its back, it was huuuge!

After the sightings, we sailed back to closer to the shore. And in front of a sheltered bay, we anchored for some local tapas and drinks. Tapas taste even better on board of such a lovely sailing yacht and surrounded by our friends. Here we had the chance to snorkel but as it was not that warm and we were already a bit tired from the kayak tour that morning, we skipped.

We really enjoyed the tour and highly recommend it. The combination of sailing and cetaceans sighting is magical! Many thanks to Federico and the whole team for this memorable experience sailing in Tenerife!

PS. Did you know you can also book this experience on a private basis? 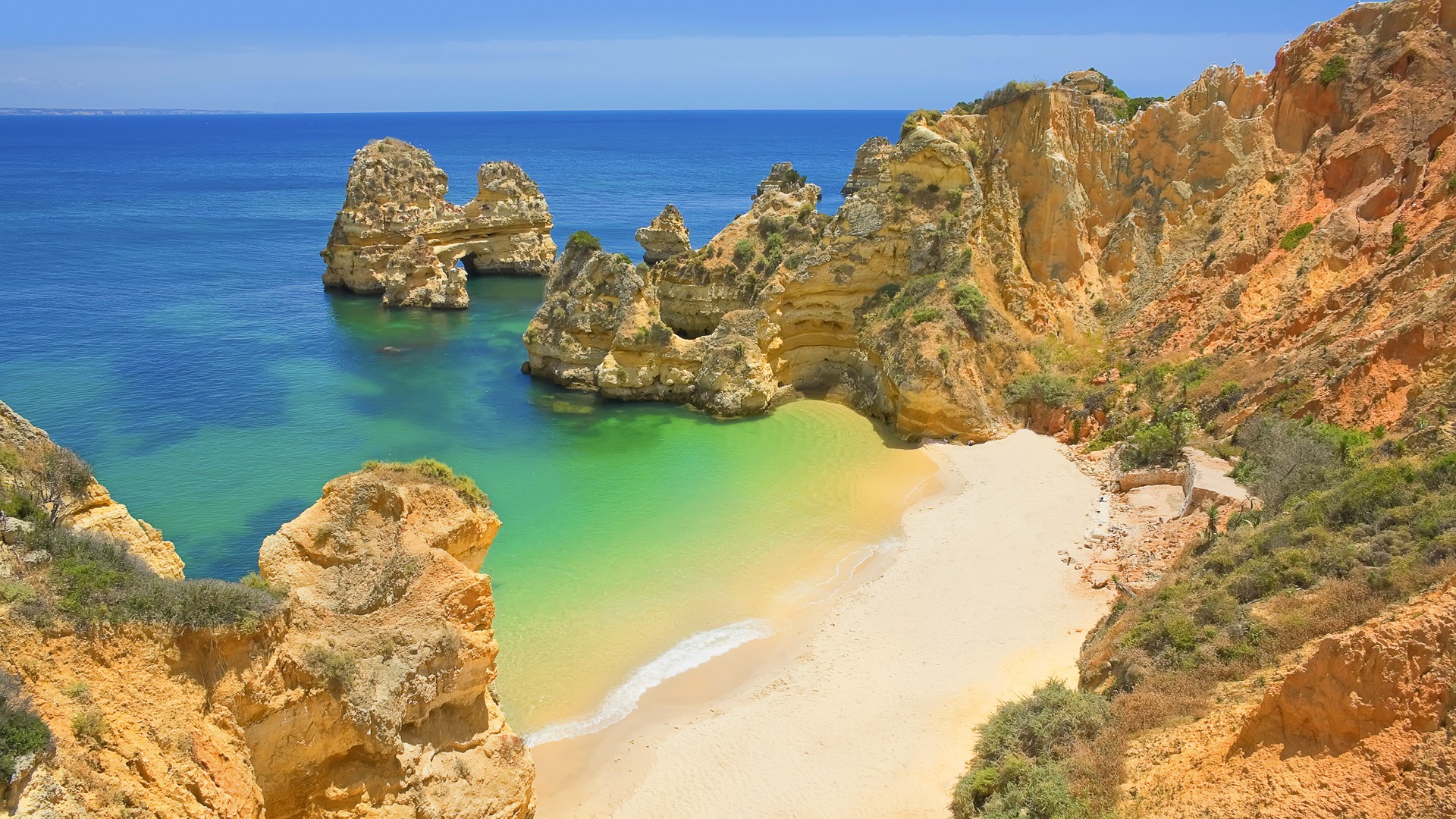 20 things to do in Albufeira, Algarve 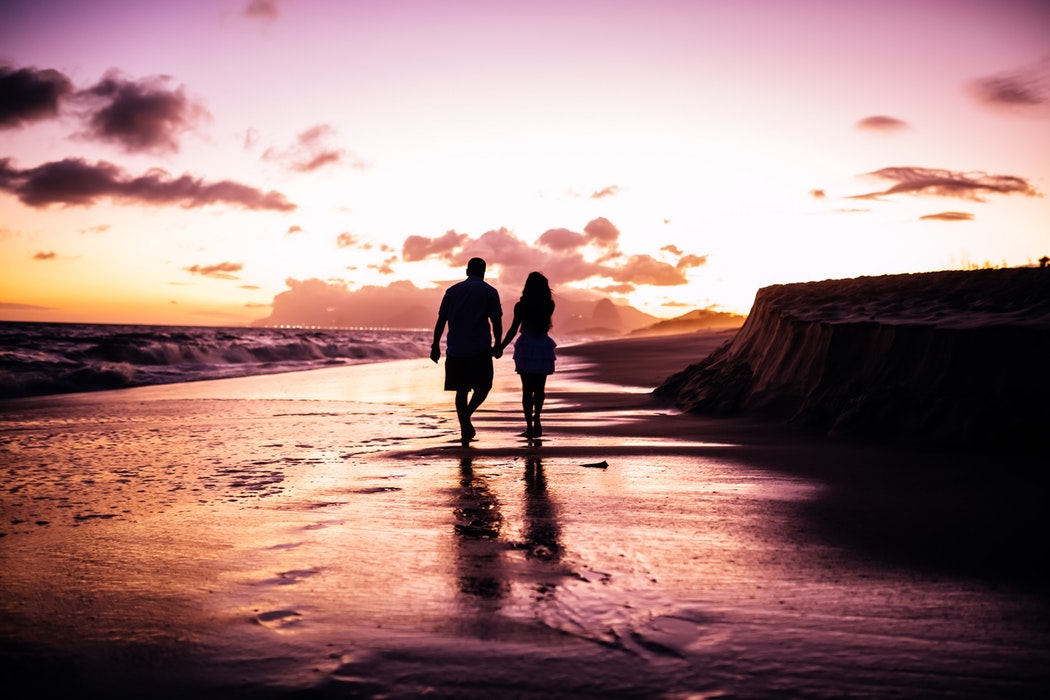