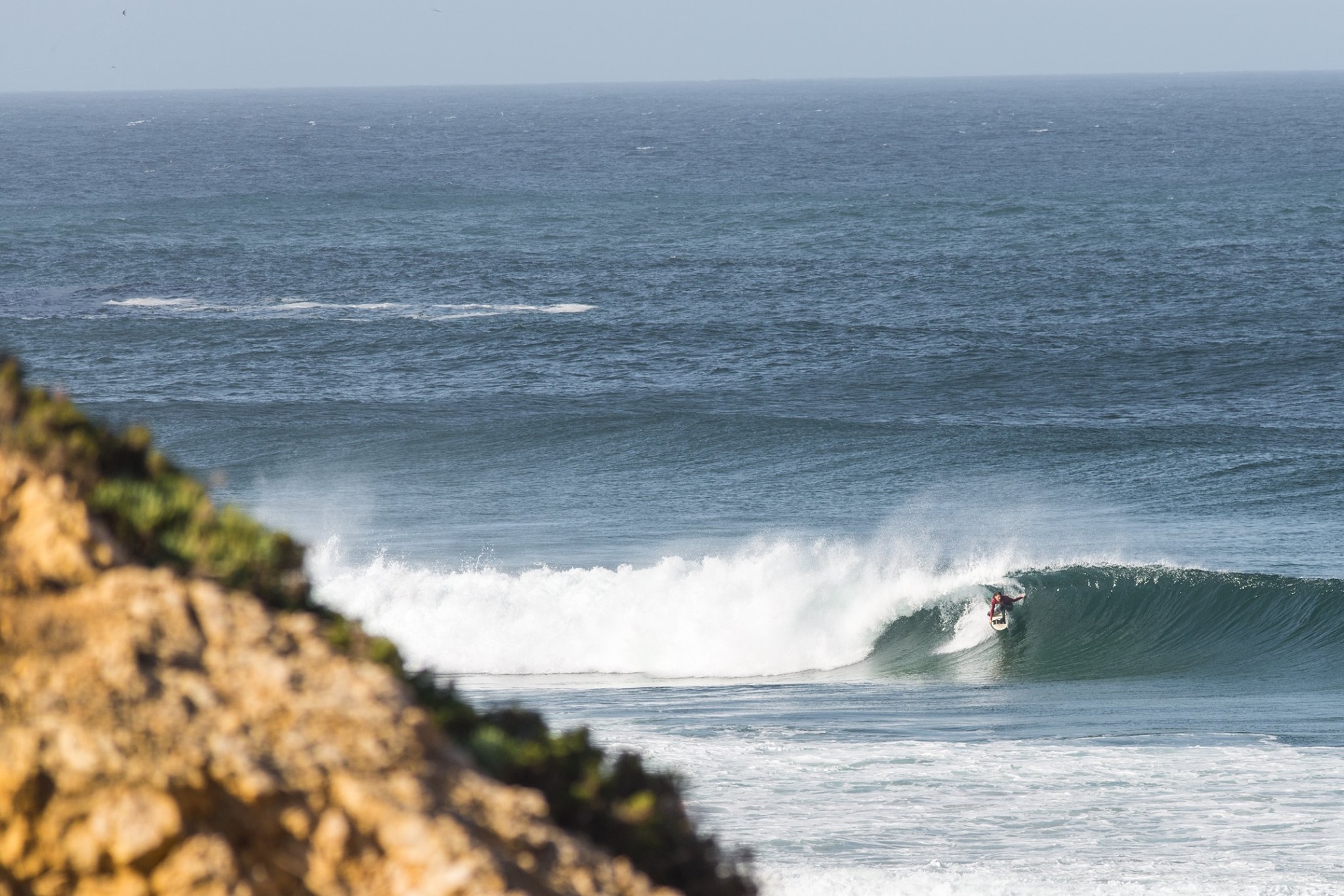 The Algarve is the most southern part of Portugal. Here you will find pristine beaches all around, turquoise waters and impressive rock formations like the world-famous Benagil cave. But did you also know that it is also a popular destination for surfers? Thanks to the variety of beaches there is almost always a great spot for surfing around! We want to share with you the 5 best surf spots in the Algarve!

First of all, it just needs to be said that the Algarve is kind of divided into two parts when it comes to surfing. You have the spots up the West Coast, north of Sagres. On this coast, you can find a very consistent wave and wind conditions, and one surfing beach after another. The landscape is a bit more wild and windy, and the climate is usually a bit colder than on the South Coast.

The South Coast is the part from Sagres towards the east all the way to the border of Spain. On the south coast, you don’t get as many waves as one the West Coast, only if you have the south or southeast swell OR if the waves on the west are big enough to come around the corner (and then the beaches that get waves are mainly in the western part of the South coast). The typical southeast swell that brings hot air and hot water is great for waves on the south coast, also because the water gets really warm meaning you can even surf without wetsuits in the summer!

Alright, for our 5 best surf spots in the Algarve, we will start with the spots up the West Coast and then make our way down to the South Coast.

Arrifana is in the north of Aljezur on the West Coast and almost on the border to the next region, the Alentejo. Besides the great waves you can find here, it is also a hip surfer place full of a cool atmosphere and fun vibes. To get to the beach, you need to walk down a veeeery steep hill, but it’s worth the descent!

The wave in Arrifana is quite consistent, providing some kind of surfable wave throughout high and low tide and with most wind conditions. The real bomb comes with a swell over 2 metres, when the right hander at the north of the beach starts working! This is a powerful wave and not suitable for beginners, but those who can handle it will love it!

After surfing, you can enjoy a delicious meal, a cold drink and possibly some live music at the restaurant right by the beach. This is a hotspot for the surfer scene in the Algarve and you have prime seats to watch the surfers in the water ripping one wave after the other. So Arrifana is definitely one of the 5 best surf spots in the Algarve not only because of the killer wave but also because of the great vibes here!

Not as hip as Arrifana but definitely worth being on this list is the beach Castelejo. It’s a bit further down the West Coast, right outside of the charming village of Vila do Bispo. This is also a great spot with good conditions on most days and especially great for beginners. There is a channel taking you out easily along a rock to get in the line-up, making paddling out quite comfortable.

It’s a beach break and works with any tide really, depending on the conditions. It can get quite windy here so going early in the day is going to be calmer than in the afternoon. The beach itself is worth a visit, as it is quite remote with no real infrastructure around other than a charming beach restaurant.

Zavial is a famous spot on the South Coast, and especially during summer, there are quite a lot of days you go there to find it completely flat. But when it’s on, IT’S ON! The right-hander that is so popular works best on a moderate Southwest swell or when it’s a really big swell on the west coast that makes its way to Zavial.

The wave is definitely not for beginners, as it’s very powerful, fast and uncompromising. It breaks on the right side of the beach, behind the cliffs. There is a strong localism going on at Zavial, so if you go there on a day where it’s pumping you will be lucky if you can score a good wave. But for that one it is worth trying it out, or just go there and enjoy the spectacle from the cliffs!

But when the waves are smaller, it can also be a good spot for beginners in the middle or left side on the beach on the sandbanks. There is also a nice restaurant right by the beach, and you already have the more mellow and warmer air of the south coast. That’s why Zavial is definitely one of the 5 best surf spots in the Algarve.

Burgau is the up and coming hot spot of the Algarve, once even called the “Santorini of Portugal”. It’s a small little traditional fishing village about 15minutes west of Lagos. The small cobbled streets and whitewashed houses all leading down to the beautiful sandy bay, still adorned by small fishing boats definitely creates this magical vibe.

And when the swell is right, the quiet crystalline waters turn into a fun playground for surfing. Depending on your level and the direction of the swell, you can surf either on the right or the left side of the beach. It is a fun wave and everybody can find a spot to enjoy some surfing. Afterwards, you can enjoy a walk through the village, grab a coffee and enjoy the unique view.

The 5km long sandy beach in Lagos, called Meia Praia and surrounded by dunes is worth taking a drive to when there are big south or south-east swells! If it’s big enough, you can catch some real good waves right next to the pier at the right end of the beach. Its close proximity to the centre of Lagos makes it especially attractive for those staying in the beautiful coast town.

Meia Praia is also a great spot for beginners, who would be better off a little bit further to the left side of the beach (but still on the right end, just not right by the pier). During summer, you can enjoy some fun longboard waves without any wetsuit, really chasing that summer feeling! Due to this, Meia Praia is our last on one of the 5 best surf spots in the Algarve!

Surfing is fun wherever you go, and there are still plenty of amazing surf spots all along the coast of the Algarve! If you have a question about one of them in particular or would like to start surfing , just send us an email with your inquiry!

We went on a Benagil caves tour from Portimão 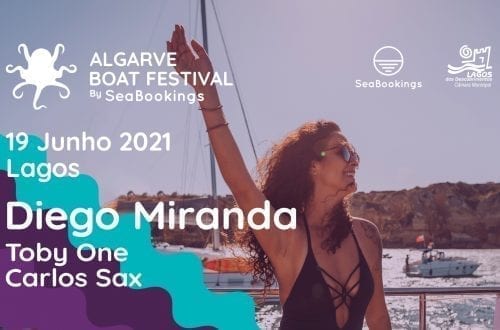 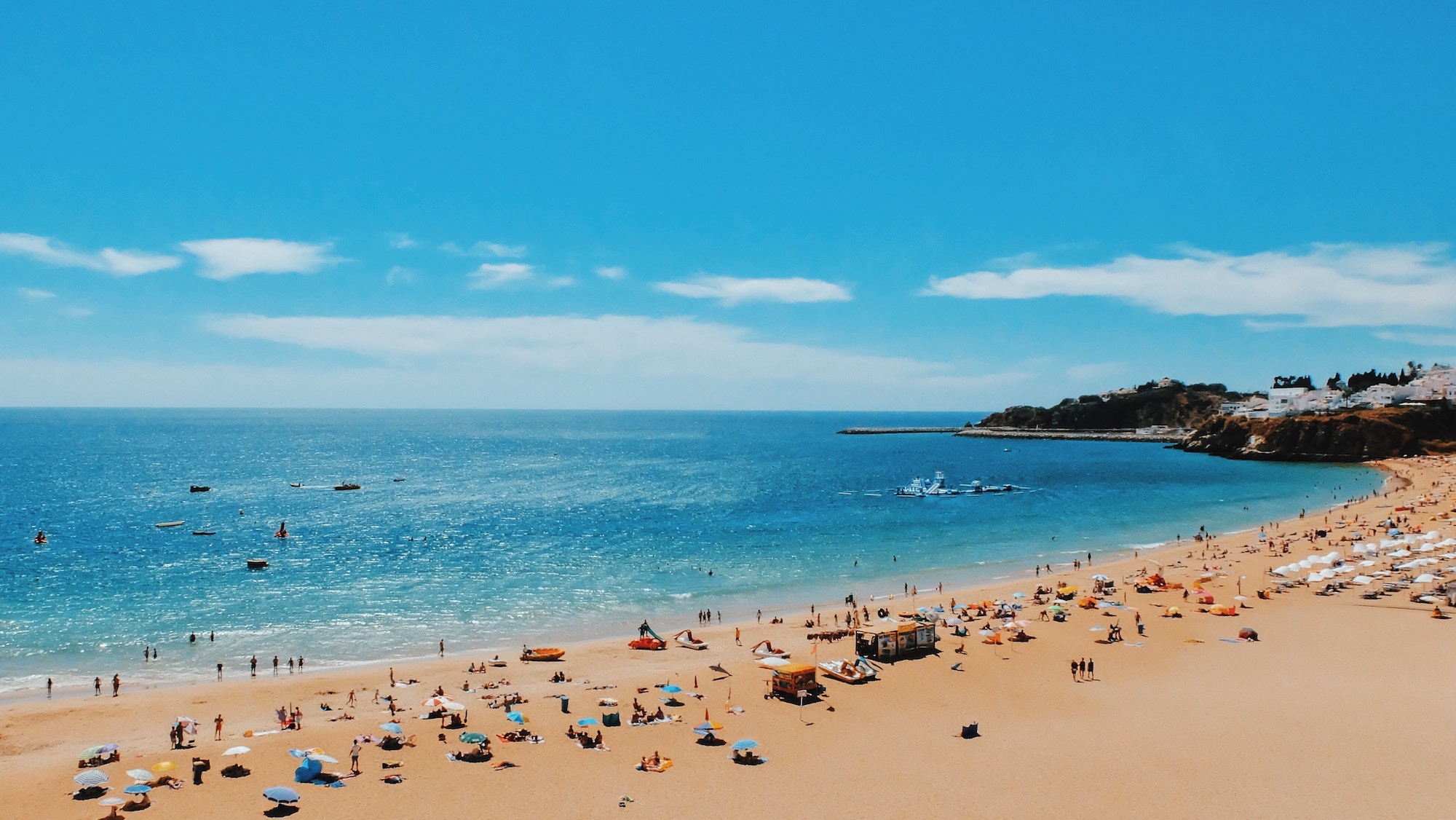