We went to do SUP in Lagos

0 Comment
SeaBookings.com
SUP in Lagos, SUP Tour in Lagos, things to do in lagos

During our SeaBookings team meeting in May, we decided to try out our famous caves tour to Ponta da Piedade by SUP in Lagos. SUP means stand-up paddle boarding. You’ve probably already seen people doing this sport. They stand on a large and stable board and move forward using a paddle.

This excursion SUP in Lagos was great fun. For Fábio and Femke it was the first time they tried SUP. Lianne and Bo already did it a few times before. 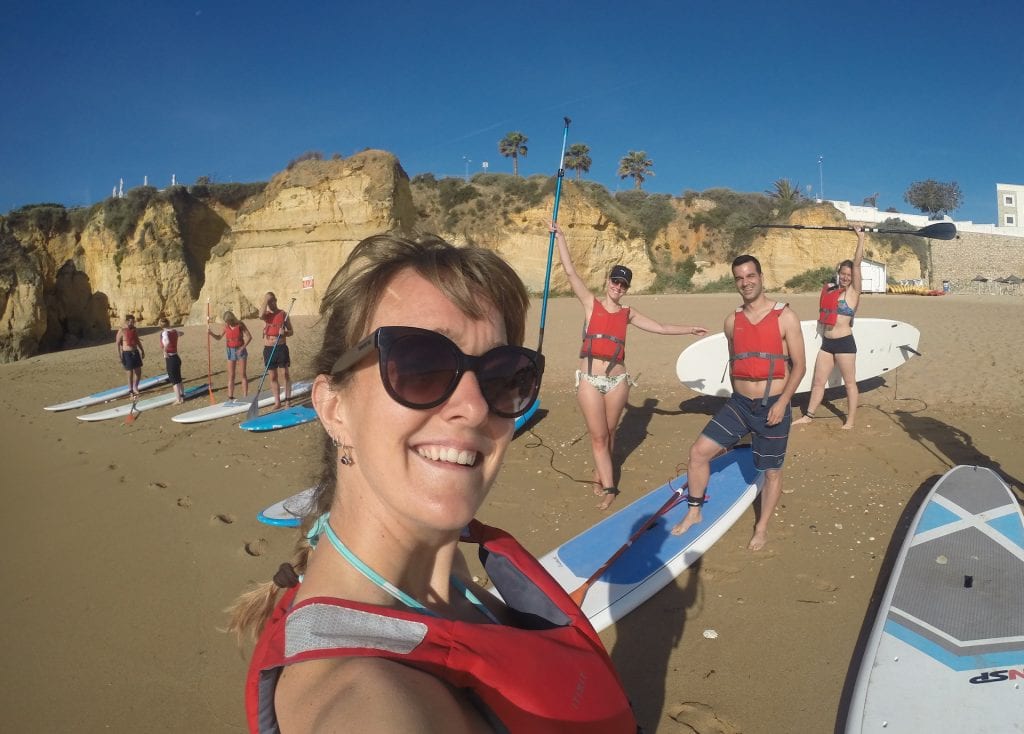 Here’s our personal testimony about doing SUP in Lagos

Rise and shine early birds! At 8am we were ready to try some stand-up paddle boarding in Lagos. The meeting point was at Praia da Batata and it immediately felt like a vacation in beautiful Lagos. It was actually really special to be the first ones on the beach, what a privilege!

The sun was already nice and warm, and everyone was preparing to get ready. Carrying our boards and paddles to the beach and putting on sunscreen. Most of the people of our group never did stand-up paddle boarding before, so we got a very clear safety briefing before entering the water. 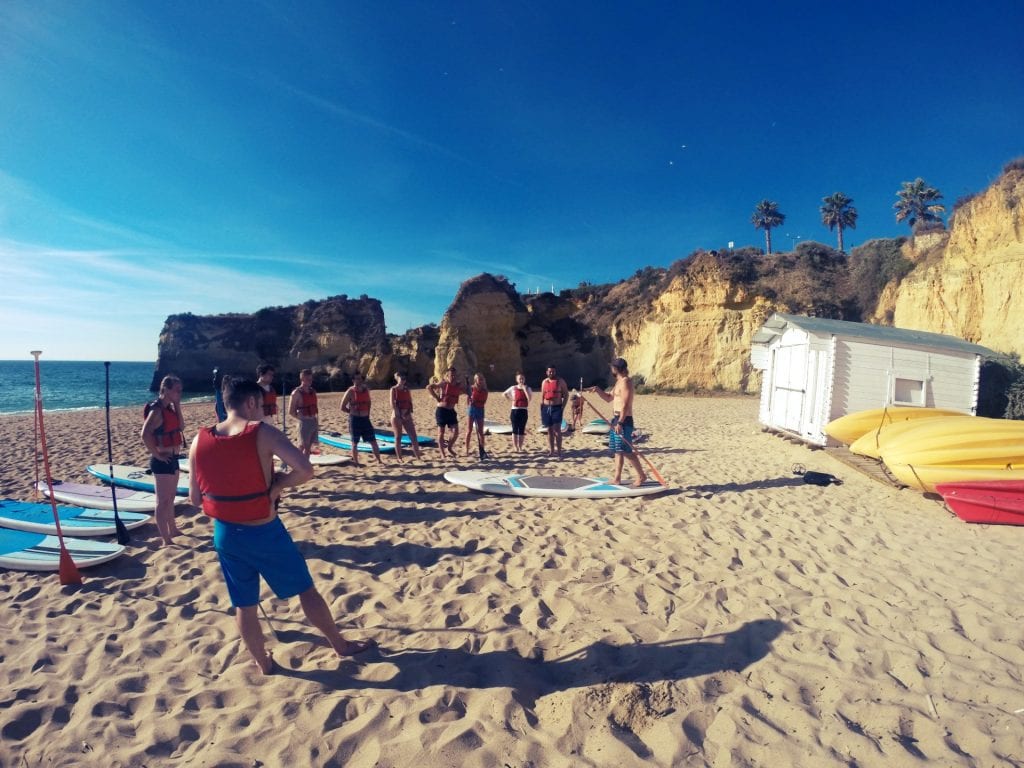 A beach-class is given before we get into the water

Two friendly instructors guided us along the way and showed us some nice and hidden beaches and caves. There was always one guide in front of the group and the other one behind us, which gave me a very safe feeling.

Luckily we were able to take some amazing pictures and videos with our own GoPro, but no worries if you don’t have a waterproof camera, because the guides took some great snapshots as well! 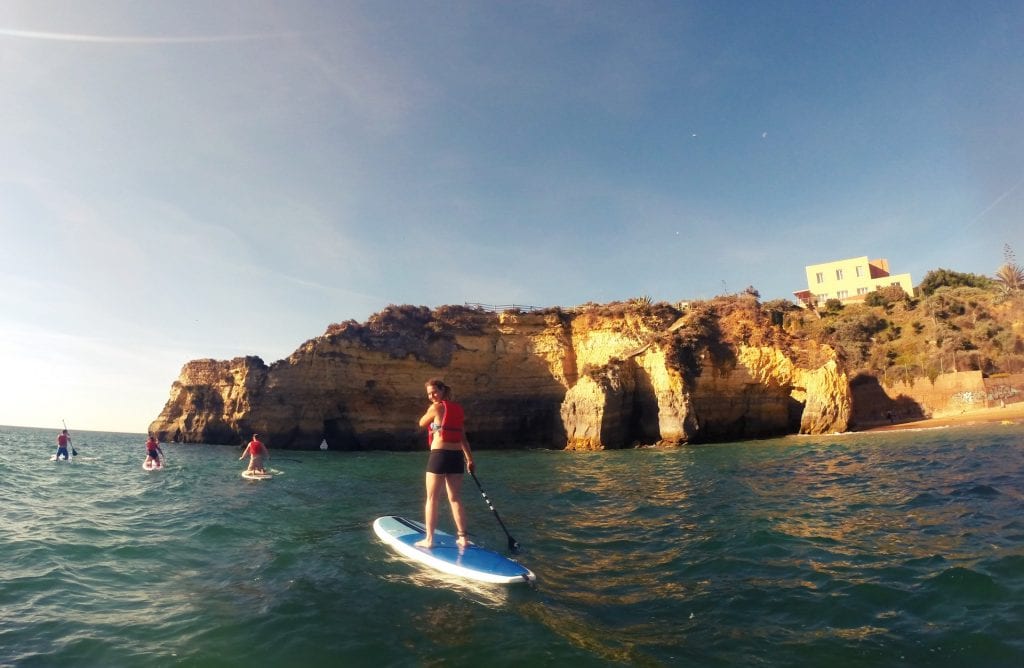 The scenery is unique

Everyone could paddle at their own pace and enjoy the scenery from a unique perspective… but we had to watch out because the sea was not super calm. Instead, there were some small waves and now and then people fell off their board into the water. 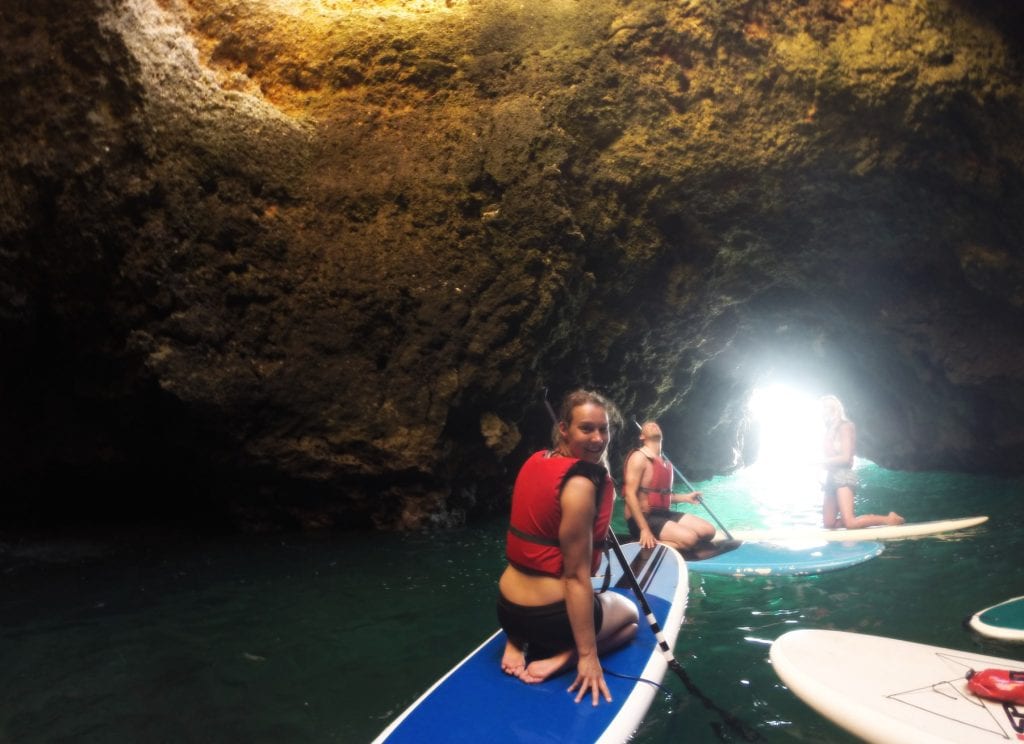 We event ventured into some caves

I confess I’m not a morning person but waking up a bit earlier than usual for this unique experience SUP in Lagos was surely worth it! SUP in Lagos was a great team building event for the SeaBookings’ team. It was nice to see how all of us enjoyed despite some having done it before and others not.

We did not have the best conditions as the sea was a bit choppy and on some parts, we faced some Northern wind, also known as “Nortada”. However, this was actually fun as it gave another twist of a challenge to the SUP tour to Ponta da Piedade. Along the way we saw some beautiful rock formations and secret beaches like Praia de Dona Ana, Praia do Camilo and Praia do Pinhão. 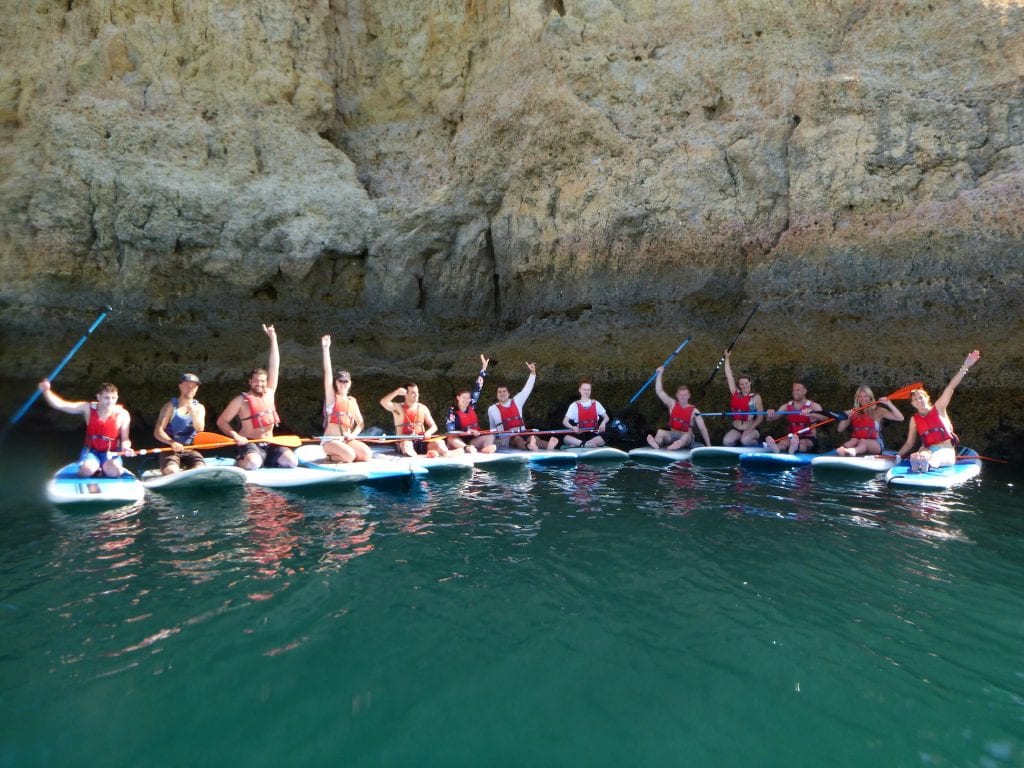 And of course, a group photo!

If you like being active and being close to nature, I strongly recommend a SUP tour if you’re in Lagos and would like to explore the famous rock formations of Ponta da Piedade. Doing the tour so early in the morning really makes sense to avoid the crowds that start around 10AM. Oh, and another advantage of a SUP tour is that you leave no trace 😉

At SeaBookings, we can say we all love SUP. It’s surely one of our favourite ways to explore the coastline and your fitness level doesn’t matter. If you’d like to know more about stand-up paddle, about different tours in Lagos or any other tour in the Algarve, feel free to contact us any time.