Dolphin watching experience in the Algarve

This summer we decided to try out the Algarve, Portugal for our yearly family summer holidays. We did some homework before booking everything and figured out that the best timing, also considering my job and my husband’s, would be the last two weeks of July. So, we then booked our flights, back in January and were lucky with a great deal for the four of us. We were going to travel with our two daughters, Laura (12) and Sarah (9).

Regarding the exact location in the Algarve, we followed the suggestion of my friend Caroline, who last year spent an amazing two weeks in Alvor. Alvor is a little typical fishing village in between the two cities Lagos and Portimão, about one hour drive from Faro Airport. We stayed in the apartments Caroline recommended and which were great since we had a shared pool and the girls loved it! 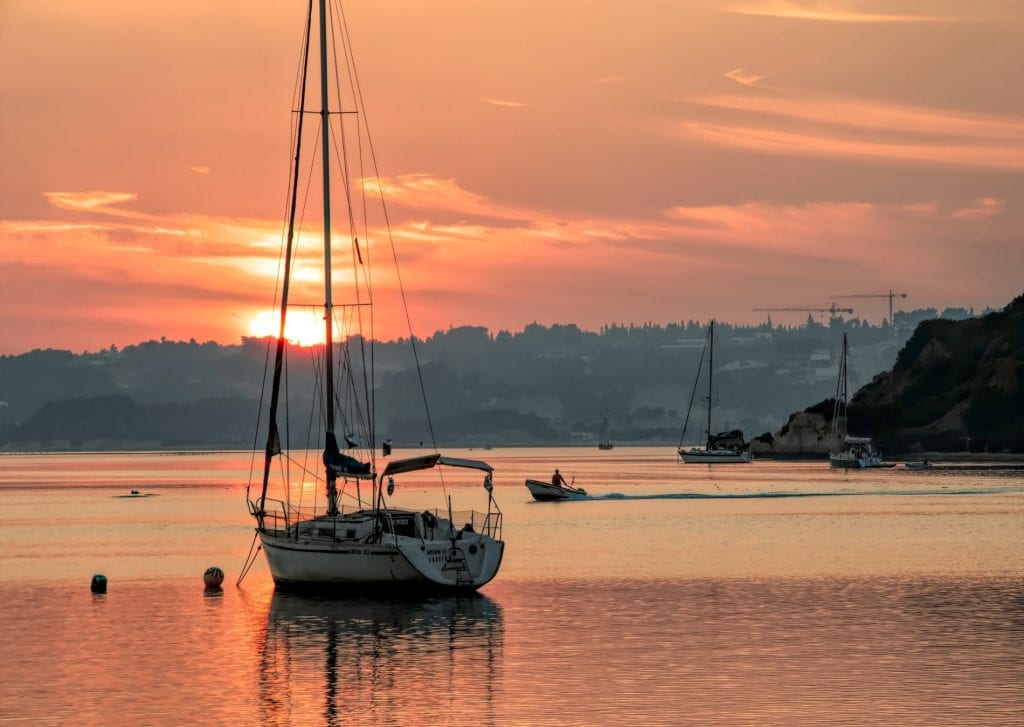 Alvor is worth a visit, especially during sunset!

There are a lot of things to do in the Algarve, many cute villages and towns to visit, waterparks, stunning beaches for all tastes and delicious and good priced restaurants. The main highlight was, with no doubt and for the four of us, the dolphin watching tour from Albufeira. Again, we followed the recommendations of my friend and booked the earliest trip, at 8AM. The dolphin watching trips are very popular and that’s why we booked three days in advance on the internet, on SeaBookings.

On the day we booked, we woke up very early but it was not a big thing because we were all very excited to make a dream come true and meet wild dolphins in their natural environment. We prepared some nice sandwiches for breakfast to eat in the car since it was a 40min drive. In the Albufeira Marina it’s easy to park your car and we were 15min before departure at the tour operator’s office. After a safety briefing and short introduction about what to expect, the fully booked boat left the Marina on time. 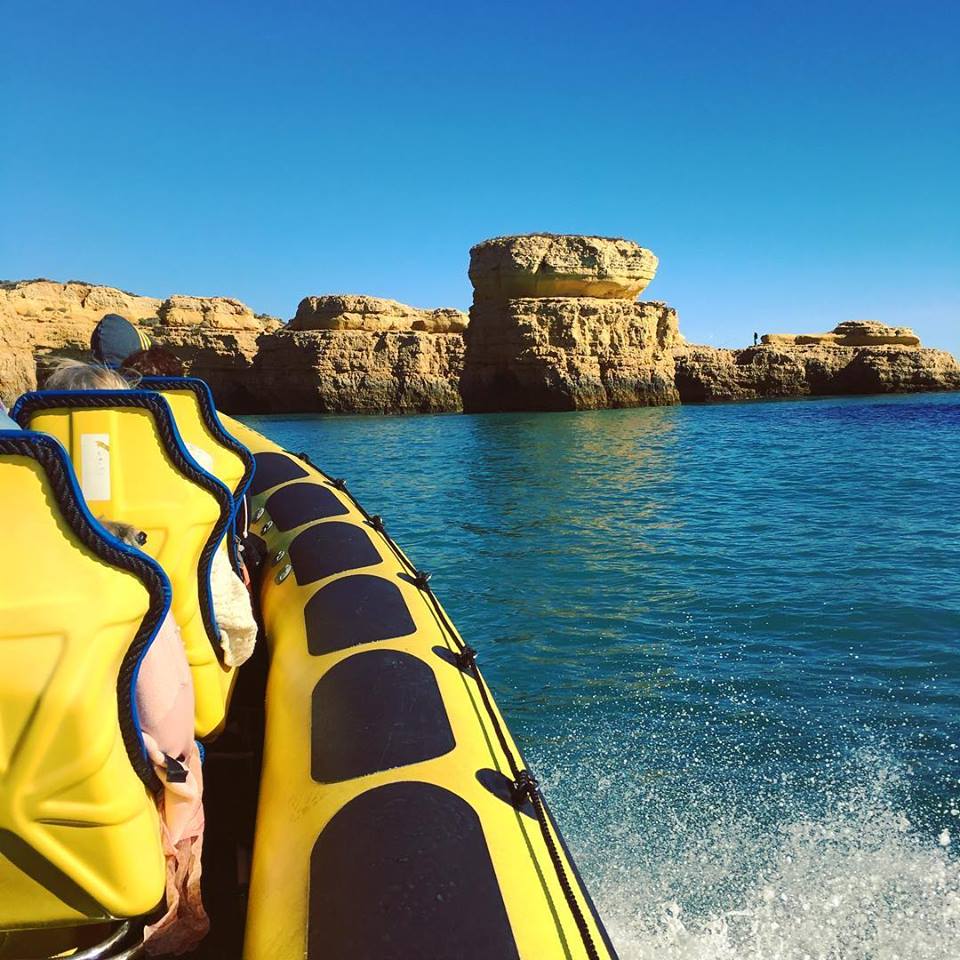 The RIBs are really fast. The girls loved it!

The boat we went on was a so-called rigid inflatable passenger boat originally designed for rescue reasons and adapted to this activity. There are also other boats on which you can go dolphin watching like sailboats and catamarans. All kind of boats have got their pros and cons, but the pros of this boat are surely its security, speed and the fact that we sit very close to the water allowing an even more intimate interaction with the dolphins.

Within about a quarter of an hour, we found the first pod of wildlife. We were pretty lucky and got to see 10 to 15 dolphins that came so close to the boat that we were almost able to touch them. Thanks to the clear water we could not only see them on the surface but also underwater. To our surprise, there were two dolphin-moms that brought their babies along! It was beautiful to see how the mother and baby dolphins move together as is they were one. 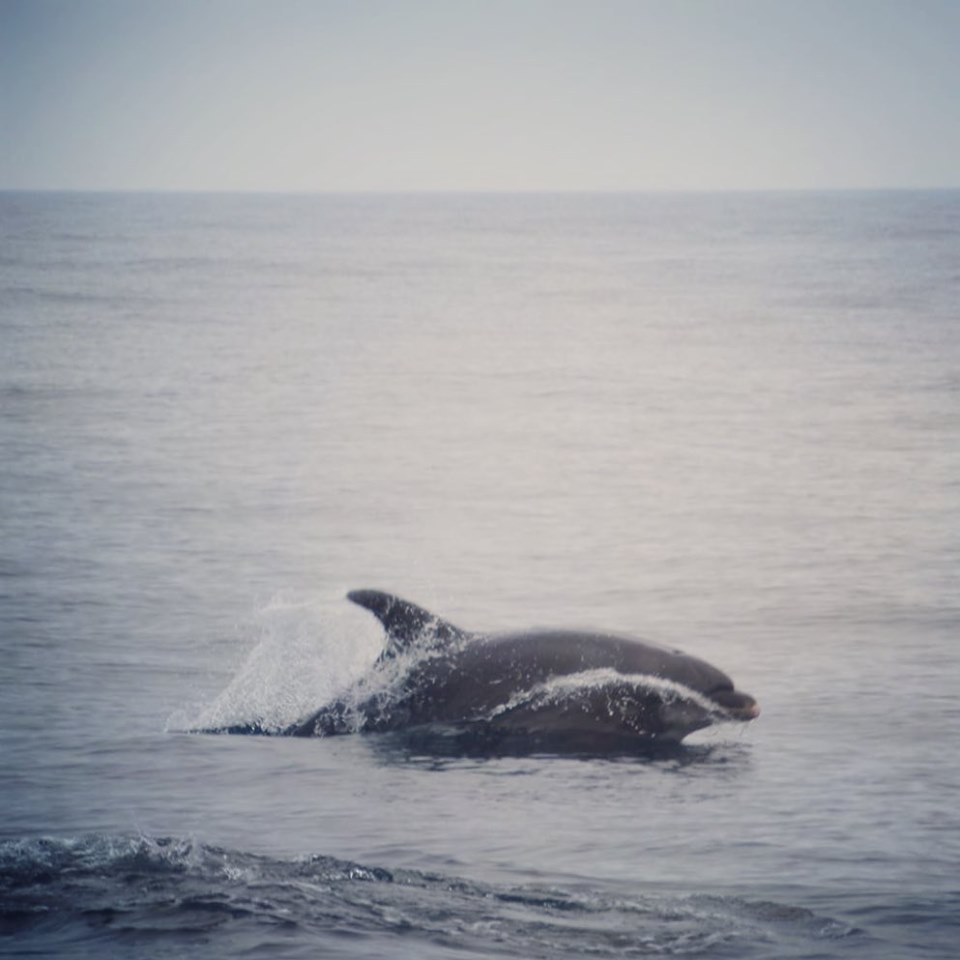 I think we spent about fifteen minutes with this pod of dolphins when the skippers suggested us to go a little more in the west direction because there were strong indications that would encounter another dolphin species there – bottlenose dolphins. The passengers agreed and as such, after sailing for about twenty minutes in West direction, some seagulls helped us to spot another pod of dolphins and in fact, it were the bottlenose ones. It’s common to find dolphins near seagulls because usually it on spots with plenty of fish. 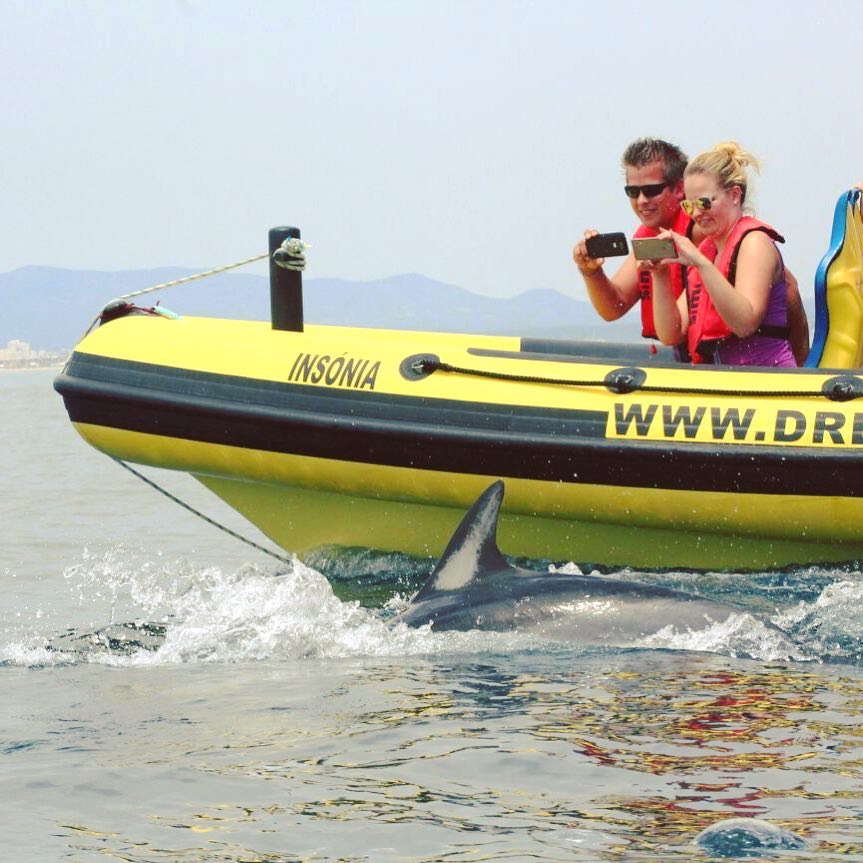 Some came really close to the boat

This pod of dolphins was a little smaller (about 8) and had no babies but the dolphins gave us a real show jumping around the water! It was great! We had a lot of fun and made very nice pictures to show at home. We followed this group of dolphins for a while until it was time to head back to the Marina. On this last bit on the boat, the skipper made some fun curves and slides and I and the girls screamed as if we were on a rollercoaster! 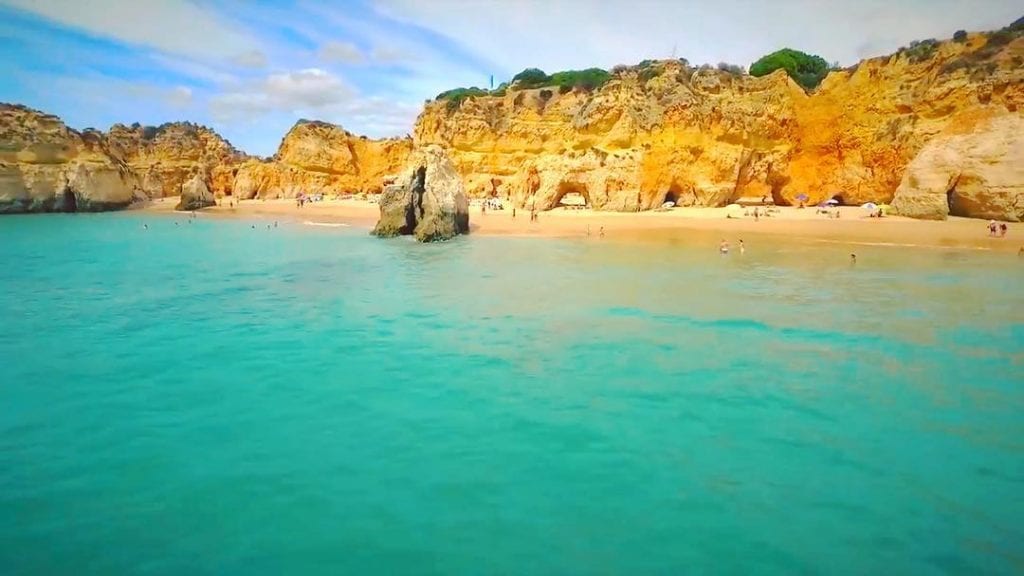 The sights are stunning!

When we got back to the Marina, it was time for some coffee and we stayed on the beach in Albufeira for the rest of the day.

If you are questioning booking a trip with dolphin watching, just call and book. You won’t regret it. It’s an amazing experience, both the boat trip itself and the special encounter with dolphins.