The best things related to the sea

Book in advance to ensure your seat

No booking or cancelation fees 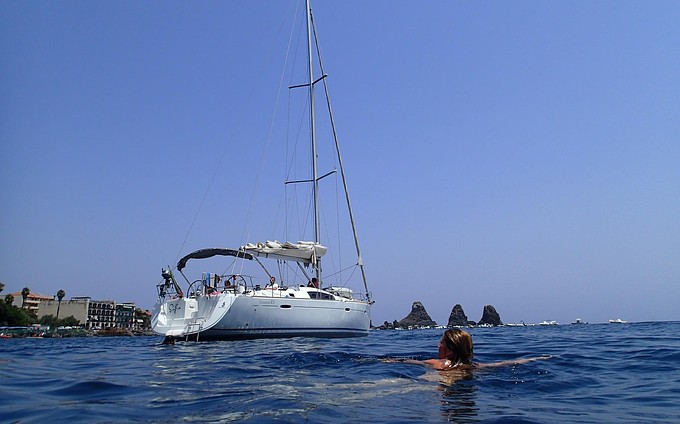 If you would like to explore the Sicilian coastline in style, this Sicily sailing tour is the p...

This experience is for all active divers with an advanced water dive license who have a special... 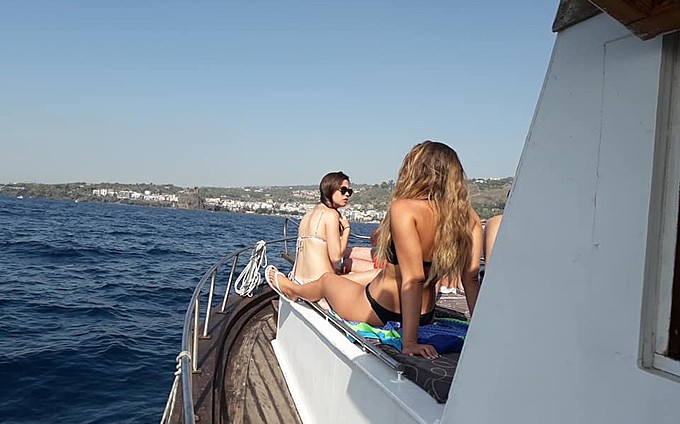 If you’re on holidays around the region of Aci Trezza and would like to go for a fun excursion,... 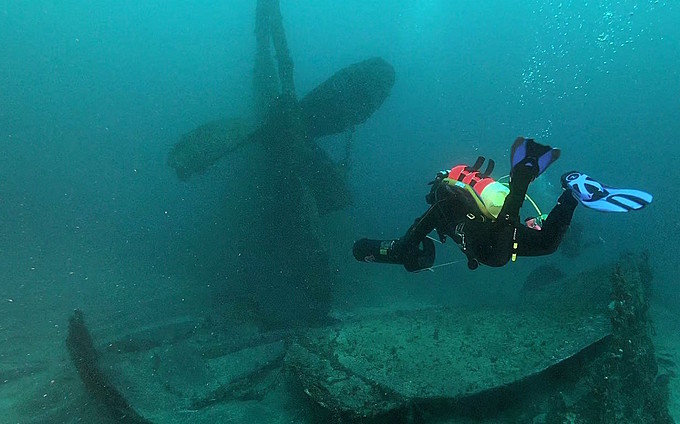 This scuba diving in Sicily is perfect for all active and certified divers who are on holidays ...

The idyllic island off the coast of southern Italy is famous worldwide for its rich culture, exciting history and of course stunning landscapes. Did you know, that the island of Sicily was unified with Italy only in 1861? Before, it went through many different emperors and cultures, from Greek over Arabian to Iranian. The whole architecture and culture of the island reflects this colorful past.

Besides enjoying the amazing beaches in Sicily and explore the historical building like the Opera House, travellers in Sicily will of course be happy to gorge on the excellent cuisine the island has to offer. If you like pizza, pasta and seafood, you will love Sicily! Sicilians have the knowledge and talent to transform seemingly simple meals into true gastronomical delights. And to train off all the food, you have plenty of watersport activities to choose from in the calm and warm waters of the Mediterranean Sea!

Language and Currency in Sicily

Since Sicily is part of Italy, the main language spoken on the island is Italian. The locals also speak Sicilian, which has elements of Greek and a few other languages from past emperors. The local currency in Sicily is the Euro.

The younger sicilians, especially those working with tourists, speak good English. However, especially the older generation doesn’t speak a lot of English so it can sometimes be hard to communicate. It’s good to bring a dictionary to facilitate communication with the Sicilians.

Getting around in Sicily

Even though it is a rather small island, the infrastructure in Sicily is very good. You have well-maintained roads as well as good train and bus system. So no matter whether you want to rent a car or get on with public transport only, everybody will be getting around in Sicily easily.

There are many car rental companies in the major towns as well as the airport. There is even a freeway on the island, so you can easily explore the entire island during your stay in Sicily. Make sure you read the rental contract carefully though to avoid surprises when returning the car! But this is just like in any other place as well ;-)

If you decide you want to get around in Sicily with public transport, you can choose between the bus or train. Generally speaking, the busses are cheaper than trains. You have two main colors of busses, the blue busses operating between the bigger cities and the orange line going to the smaller villages. The prices for tickets vary depending on the distance, but they are usually very cheap - if you buy a round ticket, you save even more!

There is also a very good train system to get around in Sicily. By riding a train in Sicily, you can enjoy the view of the island even better. There are many options to get around in Sicily by train, depending on what you are looking for - you can buy a first or second class ticket and choose between the Inter City Train with fewer stop or the scenic route that might take longer but is also cheaper. And for families, the train it’s a great way of travelling: kids pay only half price and under 3 years old they even go completely for free!

Best things to do during your stay in Sicily

The island of Sicily offers many great things to do! No matter whether you want to explore the wild landscapes, beautiful beaches or rich culture - there is something to do in Sicily for all tastes!  If you are on holidays in Sicily, you probably already heard of the impressive and active volcano Mount Etna at the east coast of the island. This highest volcano in Europe will show you the power of nature and leave you in awe. There are guided tours you can do at Mount Etna, which will always be a great adventure!

If you would like to dive deep into Sicilian culture, we recommend visiting the Valley of the Temples. This archaeological site is on the list of Unesco World Heritage sites and one of the most impressive historical sites of the island. There are many ancient Greek temples that you can visit on this site, and it is even a national monument of Italy. The Valley of the Temples is located just outside the town of Agrigento.

Another great thing to do in Sicily is a boat tour along the Aegadian Islands just outside of Sicoly. There is also another group of islands, the Aeolian Islands which are also worth a visit. One of the most famous of these islands is the Stromboli volcanic island. Passing by this impressive volcanic landscapes by boat is a great experience and one of the best things to do in Sicily!

The best watersports in Sicily

There are many fun watersports to do in Sicily. The warm and calm waters of the Mediterranean Sea offer the perfect setting to enjoy some time in the water. To fully experience the Mediterranean sea, scuba diving in Sicily is a great option!  If you have never tried scuba diving before, you can even take your first breath underwater with the first time scuba diving in Sicily. This is a great chance for all curious travellers who always wanted to try out diving. There is no better place to start this new sport than the welcoming waters of Sicily.

For advanced divers who are looking for a new challenge, there is even the option to try technical scuba diving in Sicily. Here you can do deep diving and Nitrox diving and take your diving career to the next level!

For the less adventurous tourists who would still like to explore the underwater world but without all the hustle with the heavy diving equipment, we recommend the snorkeling in Sicily. This is a great activity for all ages and you don’t need any previous experience! We are sure everybody will enjoy floating around the Mediterranean Sea of Sicily!

What and where to eat in Sicily

Sicilian food is similar but at the same time very different from traditional Italian cuisine. Thanks to the many different influences, you will find special ingredients mixed in with traditional Italian dishes. The warm climate of the island produces delicious tomatos, eggplants as well as fresh fruit like oranges and lemons from which Sicilians create incredible dishes.

Of course, seafood is also on top of the list of things to eat in Sicily! Mozzarella and Ricotta cheese are found in many Sicilian dishes, and people with a weakness for sweets will have lots of delicious pastry to choose from! Some of the most famous dishes are Arancini (fried rice balls with filling) or the typical Pasta alla Norma (pasta with a tomato and eggplant sauce with ricotta ) topped up with delicious olive oil. One of the best desserts of the island is a Cannoli - a sweet pastry roll filled with sweet ricotta and some other perks like chocolate chips or dried fruits!

If you’re staying in the region of Palermo, you should visit the restaurant La Bottega del Principe for some delicious typical Sicilian snacks and meals! For those of you staying around Catania, we can recommend the famous restaurant Novantacinquecento - here you can get some fine pasta, pizza and also delicious seafood!

Enjoy the beautiful beaches in Sicily

Being an island, there are innumerous amazing beaches in Sicily. Some of them are quite busy, some are deserted and harder to get to but all of them are beautiful! If you’re staying around the region of Palermo, you should head to visit the beach San Vito Lo Capo at least once. This golden sandy beach is perfect for a day in the sun and sea. You can even pay a little more and access one of the private beaches around San Vito Lo Capo which are usually a lot less busy and perfect if you’re looking for some privacy!

Calamosche in the south of Sicily is a great spot for everybody looking to explore the local marine life. It has a few riffs that are easy to access and where you can spend hours snorkeling around in the crystal-clear waters. Isola Bella is one of the beaches in East Sicily you should definitely visit during your holidays. The name says it all - it is simply a beautiful beach in Sicily. Isola Bella is a little islet that is connected by a little land strip to the mainland. It’s best to access at low tide, and the pebble beach in the Natural Reserve of Isola Bella is a beautiful place to spend a day in the sun.

If you prefer a long sandy beach, you should go to Sampieri beach in the south of Sicily. Here you can enjoy lying in the sun, and walk along the 2km long beach. The pine forest behind the beach gives it an idyllic touch. Even during high season you can walk a little further and find a spot without many people along the beach.

Whatever you decide to do during your holiday in Sicily, we promise you will love the boat tours and watersports. Sunshine and a lot of fun are guaranteed! For any further tips or requests, feel free to contact us anytime.

Our boat tours and watersports in Sicily 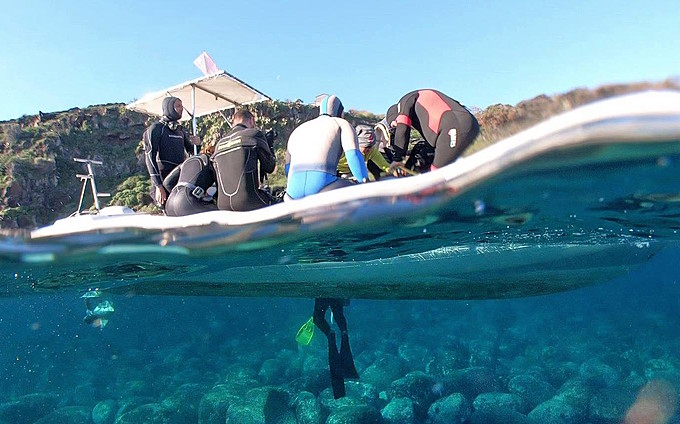 If you’re on holidays around the area of Aci Trezza and always wanted to explore the underwater...

This scuba diving in Sicily is perfect for all active and certified divers who are on holidays ...

If you would like to explore the Sicilian coastline in style, this Sicily sailing tour is the p...

If you’re on holidays around the region of Aci Trezza and would like to go for a fun excursion,...

This experience is for all active divers with an advanced water dive license who have a special...

Not finding the right sea experience in Sicily?

Send us an email and we'll do our best to help you out!