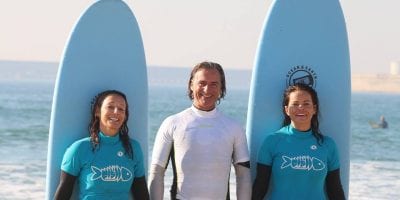 Why you should try surfing in Matosinhos

Porto is booming in every way – the city in the North of Portugal is becoming more and more popular amongst travellers from all over the world! People seem to be falling in love at first sight with the vibrant and colourful city.

When you’re on holidays in Porto, you have a lot to discover. You can go to one of the port wine cellars and get to know everything about the history of that special and very yummy drink. Or you can visit one of the many museums and other cultural highlights that are spread out over the entire city. Foodies also will be happy in Porto, thanks to the big variety in different restaurants. There’s something for every taste in Porto! 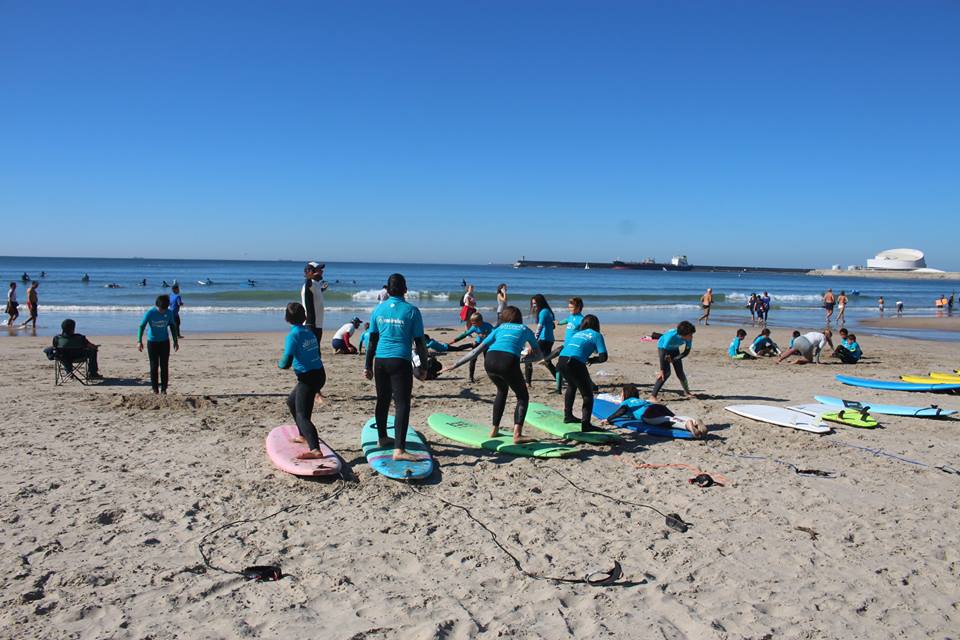 Have you been to Matosinhos yet? It’s the coolest part of the city, right at the famous city beach Matosinhos where all the surfers and active people hang out and spend their days. In Matosinhos, you will find loads of hip juice bars, cute boutiques and of course, it’s located right at the big city park! 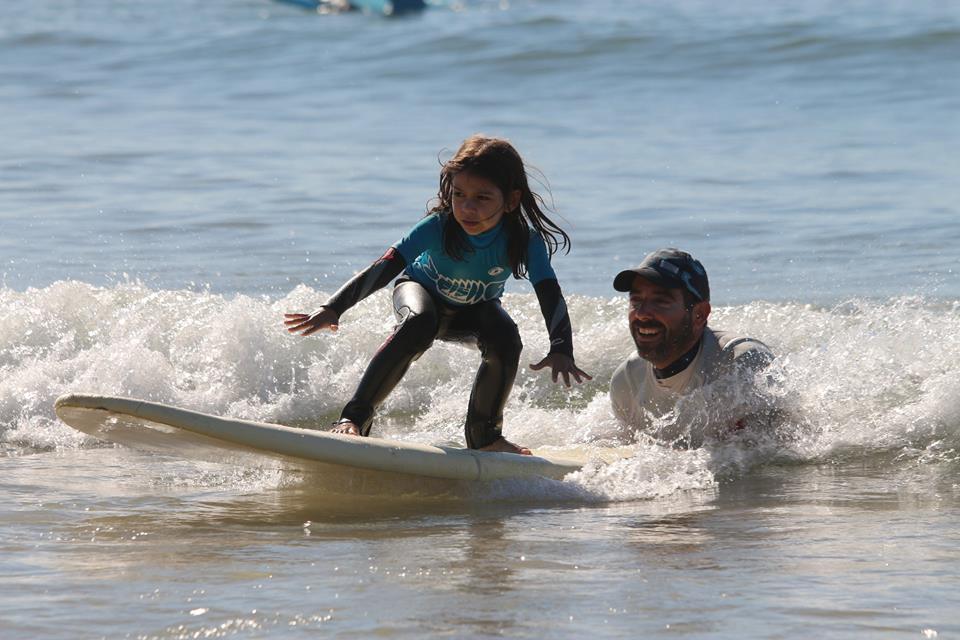 Even the little ones are welcome!

But the coolest thing about Matosinhos is the surfing in Matosinhos! Along the big sandy beach, there are several beach breaks where you can catch some waves! From the far left side of the beach until the other end – depending on the swell and wave conditions, you will find waves all around in Matosinhos!

No wonder that there are surf schools right at the beach. Surfing in Matosinhos is perfect for people of all experiences – beginners will be able to catch their first few waves and even surfers with a lot of experience will be sure to have some fun in while surfing in Matosinhos! 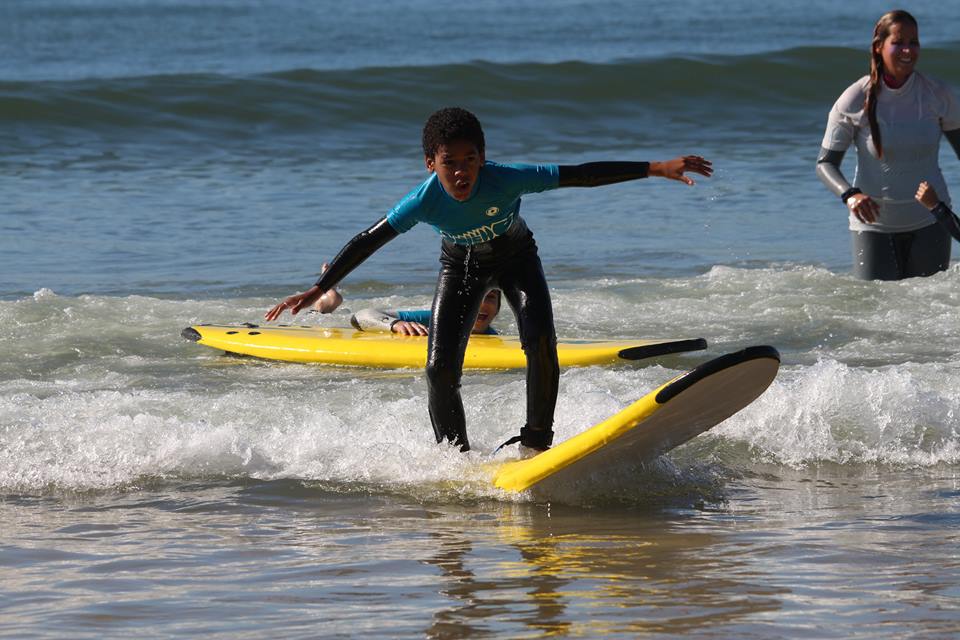 And after surfing in Matosinhos you can refresh yourself in a nice cafe or just chill by the beach and observe the busy life of a city beach. In Matosinhos, you will see all kinds of people coming and going. It’s a hotspot for locals, travellers and beach lovers! 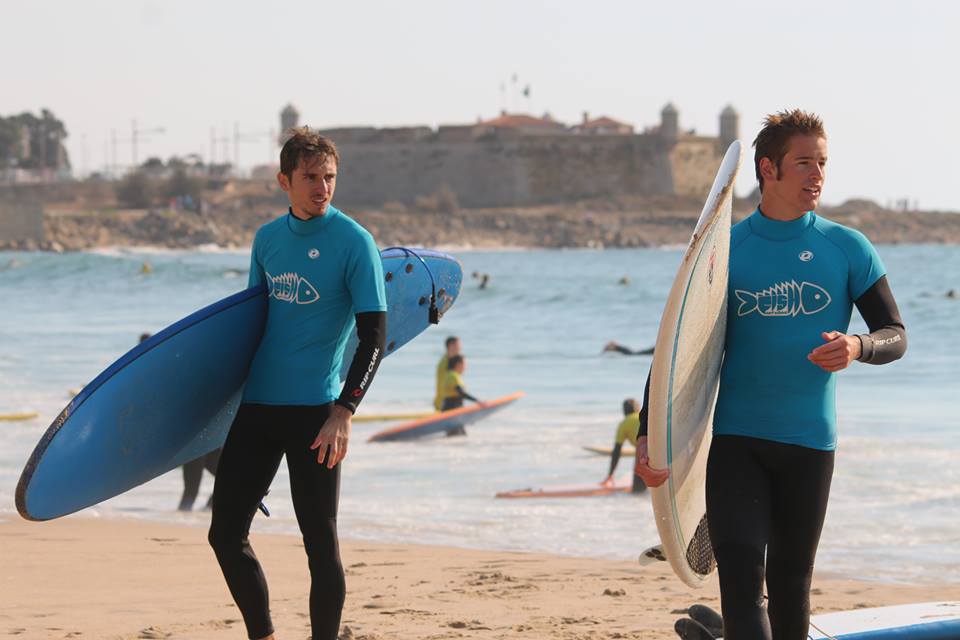 During this surf trip you can get to know new people

So if you’re planning a trip to Porto, make sure to try surfing in Matosinhos as well! You can get a private surf lesson, join a class or go for a surf trip with transfers from Porto included. There’s no better place to learn surfing than a cool city beach in one of the most vibrant and popular cities of Europe! Enjoy the waves!

It seems like tomorrow will be the big day! Tomorrow the Nazaré Big Wave Event 2016 is expected to start. Nazaré, about 125km North of Lisbon, is one of the most popular seaside resorts along the “Costa de Prata” (Silver Coast), Portugal. Since November 2011, when surfer Garrett McNamara, from Hawaii, surfed a record-breaking giant wave (23.8 m) at Nazaré, this seaside village became famous for its big waves.

Garrett McNamara’s wave from 2011 in Nazaré

In recent years, Nazaré has become a popular tourist destination being a picturesque seaside village. Its long sandy beaches are considered to be among the best beaches in Portugal.

After his record-breaking giant wave in 2011, McNamara returned to Nazaré several times in the search of an even bigger wave. In October, 2013, Carlos Burle, from Brazil, surfed another wave that is being studied as possibly the largest wave ever ridden. Surfing big waves in Nazaré is not without danger. In October 2013, female surfer Maya Gabeira experienced a near-death wipeout in Nazaré. Fortunately, she was rescued after losing consciousness.

Nazaré hosts such very high breaking waves thanks to the presence of the underwater Canyon. This canyon makes the waves much larger. The famous big waves of Nazaré gave origin to the Nazaré Big Wave Event 2016. 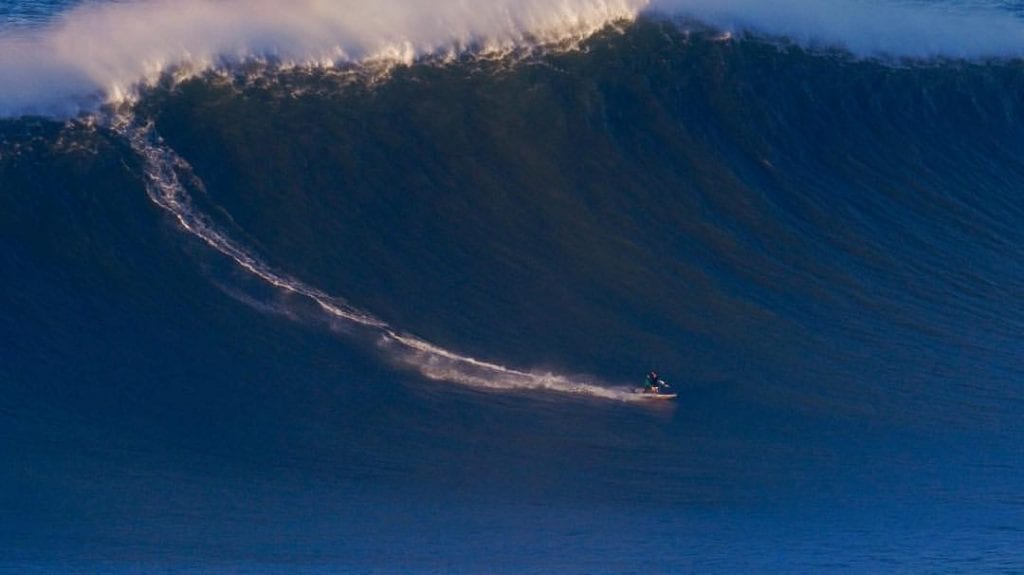 Andrew Cotton is already having fun at Nazaré

The Nazaré Big Wave Event 2016 has been called on with big-wave riders Andrew Cotton and Tom Butler, both from the UK, in the starting line up. Depending on the local wind, it looks like Tuesday December the 20th is the first possible day. Let’s keep our fingers crossed the wind and ocean conditions cooperate.

The the World Surf League (WSL) Big Wave Tour (BWT), with a series of major swells heading towards Nazaré, confirmed the start of the event. All surf lovers around the world will have their eyes on the world’s best big wave surfers. The 24 selected big wave riders will take on the waves of “Praia do Norte”. This beach beak is notorious for its imposing waves and dangerous whitewater speeds.

According to Peter Mel, WSL Big Wave Tour Commissioner, the waves are projected to be 10-14m plus with favorable winds. “We are all eager to see how the world’s best big wave surfers push the boundaries with the debut of this event” he says.

The event will be contested by 24 of the best big wave surfers. Our friend and local surfer Alex Botelho is among these 24 courageous surfers. The Nazaré Big Wave Event 2016 is scheduled to start early in the morning Portugal time on Tuesday, December 20. Depending on the conditions, the organization is also keeping the option open of competition days on Wednesday, December 21 and Thursday, December 22.

The Nazaré Big Wave Event 2016 will be webcast LIVE at WorldSurfLeague.com and on the WSL app. The total prize purse for the Nazare Challenge is $100,000.

Visit Nazaré these days to be impressed by these heroes or book your own surfing lesson in Portugal!