Discover the wild Southwest of Portugal

Sagres, also known as “the end of the world”, is located in Vila do Bispo, in the southwestern Algarve of Portugal. Sagres’ beaches are great for surfing and are a true nature gem of Europe. It’s known as “the end of the world” because Sagres is the most southwestern point of mainland Europe. Only the islands of the Azores, that also belong to Portugal, are more southwest. Given it’s location with a South and West coast, Sagres’ beaches are some of the prettiest of Europe.

Sagres is a rather small town. It has a tiny population of over 3000 inhabitants distributed over 34.28 square kilometres. This number rises significantly during the high season when tourists visit Sagres’ beaches and other attractions like nice restaurants and nightlife.

The area around Sagres is historically connected to the Portuguese Age of Discovery. The connection between Sagres and the Discoveries is thanks to its strategic localization. This location made Sagres one of the most important areas in the Algarve in terms of its rich heritage. In fact, Sagres significance to world history is incredible, testified by a wealth of historical events, stories and legends. For example, the cult of St. Vincent and Sagres are closely linked. For centuries, Sagres was the most distant point of the known world – known as Cape St. Vincent.

Let’s talk about what really matter: Sagres’ beaches. Sagres’ beaches that we like most are Baleeira, Beliche, Mareta, Martinhal and Tonel. The big advantage of these beaches is that some are on the south coast and others on the west coast. Like this, all beaches have different conditions. While some are great for surfing, others may be good to take you family too as they’re as flat as a pool.

The best of Sagres’ beaches: 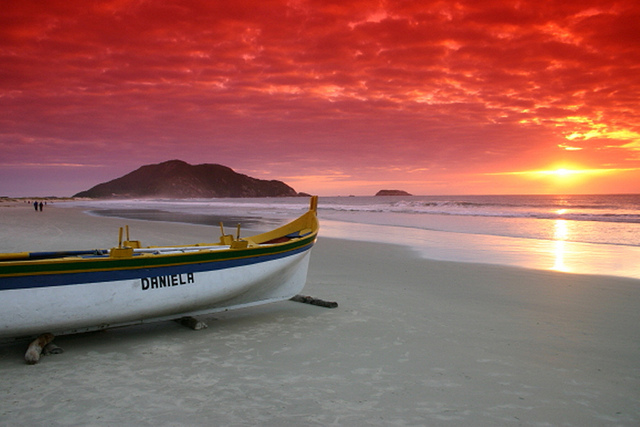 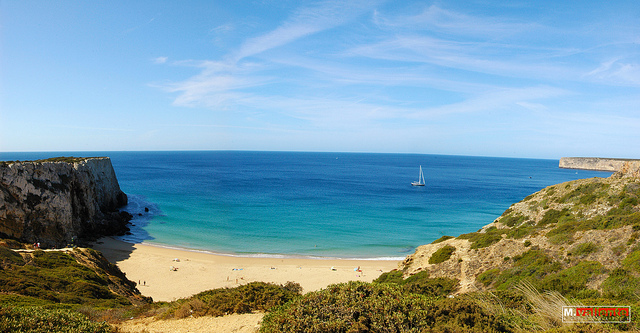 Praia do Beliche is a beautiful bay of soft sand surrounded by huge towering cliffs. Beliche lies between Sagres point and Cape St Vincent. It’s secluded location makes it a calm beach, even when the wild winds get up.

Beliche is still kind of a secret beach as not many tourist know it. As such, here you won’t find any amenities. It’s a true paradise for those who like the untouched character of this beach. We recommend you to pack a picnic to take with you or go for lunch at one of restaurants on the main road above the beach or in the town. Don’t forget that the only way to get  to the beach is down a long set of steps down from the car park, so don’t carry too much. Praia do Beliche is supervised during the beach season. 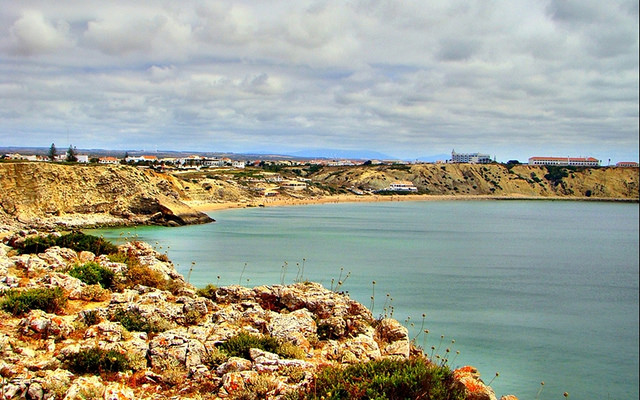 Praia da Mareta is maybe the most popular of Sagres’ beaches as it is the closest beach to the town. Mareta is another lovely sandy bay with stones at the back. This place is sheltered from the westerly winds. So you know where to head if wind is coming from the west. Mareta is great for those who likes to sunbathe. Not being very wavy and windy, Mareta is recommended for families.

To have a meal, there are three restaurants on the beach that serve delicious fresh fish (among others). Mareta is supervised during the beach season. 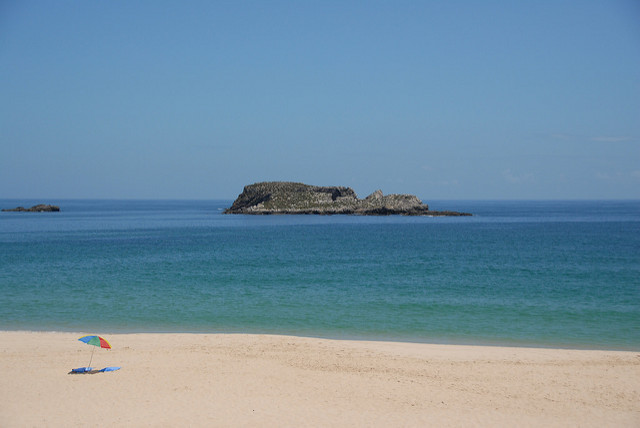 Praia da Martinhal is a long bay of golden sands. It’s the first beach of Sagres, on the left right before entering the town from the main road. Praia da Martinhal has a marshy lagoon at the back and an island out to sea. This beach overlooks the fishing harbour and a cute lighthouse, being a beautiful beach to spend time on. While the other beaches are more popular for surfers and bodyboarders, Praia da Martinhal is a firm favourite amongst windsurfers. You can even find a windsurfing club here if you fancy giving it a go while you are there.

There are two restaurants on the beach. Parking is easy as there is a large car park behind the beach. As the car park is flat and runs straight onto the sand, it’s easier for disabled access. Martinhal is supervised during the beach season. 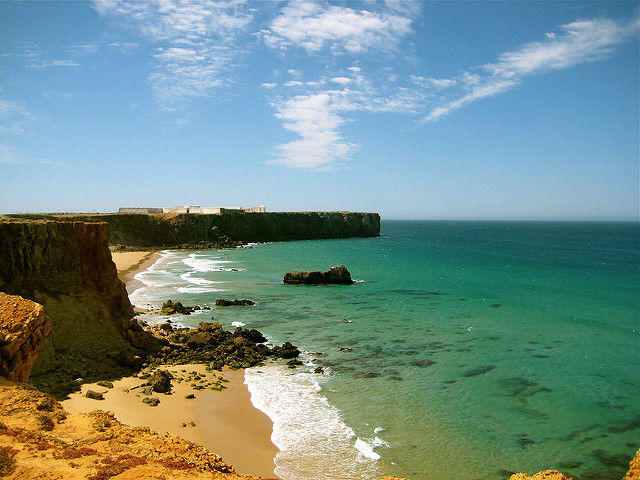 Praia do Tonel hides under the cliffs of Ponta de Sagres. Tonel overlooks the bay to Cabo de São Vicente. Depending on the wind direction, Tonel is a lovely sheltered bay. Tonel is very popular with surfers as well as those just wanting to relax in the sun. It’s right next to Sagres fortaleza and the turning is signposted on the right just as you reach the large car parking area for the fort. The beach has a restaurant and toilets. Tonel is supervised during the season.

The Atlantic along the coast of Sagres can be subject to strong currents, particularly around the rocks depending on tide and weather conditions. So while enjoying these stunning beaches, don’t forget to be safe. In Portugal, check the beach flag when you visit a beach. Beach season in Portugal with lifeguard supervision is normally April to the end of September. These are the flags you should be aware of:

To enjoy Sagres to the fullest, don’t forget to book a boot tour or some cool water sport 😉